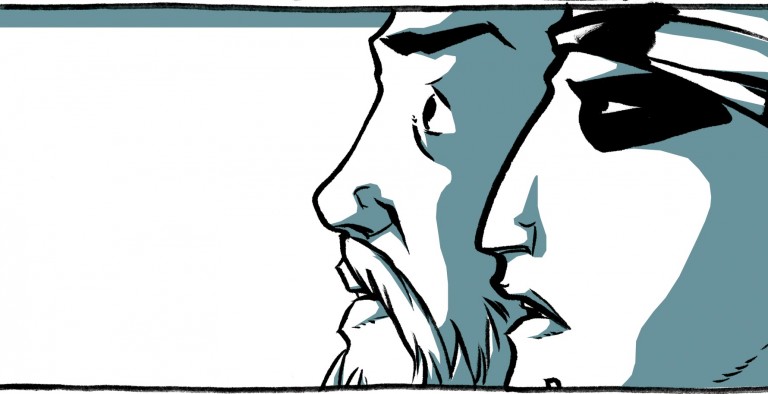 Why We Need to Support the Bitcoin Comic

“Show before you tell” was what I was told when I tried writing fiction at age fifteen on breaks from computer programming. It’s often harder to engage than explain, something that the Bitcoin world hasn’t succeeded at. This will change with the Bitcoin comic.

Like almost everyone who reads Bitcoin Magazine, I have often struggled to explain my excitement and enthusiasm for Bitcoin to friends and family. I often thought that what we need is more compelling storytelling to share the idea of Bitcoin with a larger audience.

In many ways, it’s important to engage before you seek to explain. To show before you tell.

But the complexities of Bitcoin make it a difficult thing to show. That’s why I couldn’t have been more excited when I came across the Bitcoin comic.

Alex Preukschat’s team in Spain has been tirelessly working over the past year to produce the best single educational piece I’ve seen surrounding Bitcoin. That’s not because it’s the most informative, but because it shows first, and tells second.

One of the great things about storytelling is that it is engaging. One of the problems as I see it in the Bitcoin space is that we’ve done a great job of showing who many of the bad guys are in some sort of corrupt, centralized service, but we’ve done a bad job of storytelling. What do we have to say about “where do we go from here?” So far no one seems to be able to paint a compelling picture.

Comic books and graphic novels are one of my favorite forms of storytelling because they show not only a clash between good and bad, but extraordinary and even super-human acts of heroism. To me, there is hardly anyone in recent memory worthy of such memory than Satoshi and no better way to present Bitcoin to the world than explaining it to the world in a story format.

The whitepaper may be a great entry point to Bitcoin for a highly engaged technical audience, but it is only in telling stories that we are able to engage more widely, and it is Satoshi himself who has left us the best story of all.

Although in many ways, Bitcoin Comic doesn’t fit into the core strengths of the Swarm network. It’s more of a classic educational project than cryptofuel or any of the other fascinating decentralized technologies that Swarm is currently seeking to facilitate.

But when I saw the Bitcoin Comic, I knew we needed to support it because our needs are the same as all people who have Bitcoins. Our salaries and support all came from the Bitcoin community, and we have a long term vision to help Bitcoin expand. We need material that you can give to your friends and family that will excite them, that will tell them a story that they feel that they can participate in.

One interesting aspect of this is the possibility of getting a mention in the appendix or even a cameo in some part of the book. These cameos are your chance to actually be a part in the story in a substantial way, not simply as an observer but as a participant.

Hasan Karahan of Blackhan.com was the first to support the Bitcoin Comic by getting a cameo in the comic, and had this to say:

“As an early Bitcoin adopter, I’ve always thought that Bitcoin needs projects like this to reach a broader audience. With the Bitcoin Comic I feel like we are at a major breaking point and I wanted to be part of this crucial moment.”

So far we’ve reached about a third of the fundraising goal for the Bitcoin comic, and I’d encourage each person to get at least one copy for themselves, and maybe a couple other copies as gifts for friends or family.

We need to tell a more compelling story to a wider audience. And Alex and his team have given us one excellent tool for doing just that.

At Swarm we have a modest salary of 5 BTC a month, and this month I’m taking 1 of those Bitcoin and putting it in the pot, so that, come Christmas time, my family members can all learn about the Hunt for Satoshi. I encourage you to do the same.

This website uses cookies to improve your experience while you navigate through the website. Out of these, the cookies that are categorized as necessary are stored on your browser as they are essential for the working of basic functionalities of the website. We also use third-party cookies that help us analyze and understand how you use this website. These cookies will be stored in your browser only with your consent. You also have the option to opt-out of these cookies. But opting out of some of these cookies may affect your browsing experience.
Necessary Always Enabled

Any cookies that may not be particularly necessary for the website to function and is used specifically to collect user personal data via analytics, ads, other embedded contents are termed as non-necessary cookies. It is mandatory to procure user consent prior to running these cookies on your website.